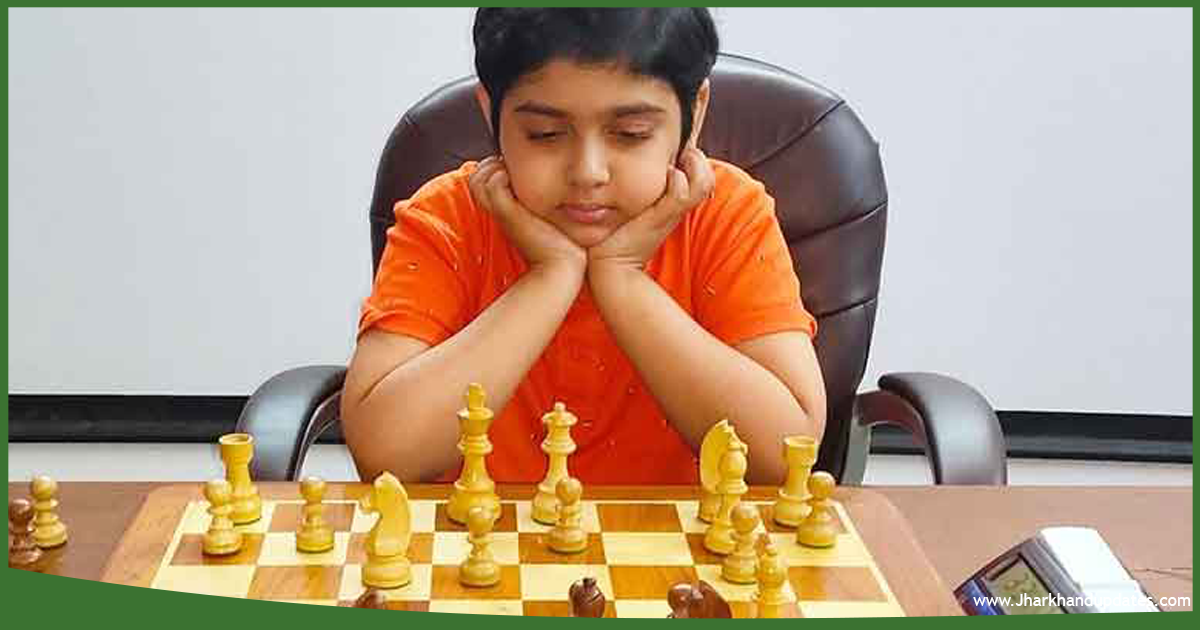 At the Online Rapid World Cup (Cadets & Youth), Souryadipta Sarkar from Jharkhand will flaunt his talent for an under-12 age group that is going to take place from August 6 to 10. Souryadipta, aged 11, from Jamshedpur’s Sonari locality has assimilated in the team by the mastery in his talent that he has shown in the recent online nations to select Indian players for the different age group events. Souryadipta won the nationals.

All Jharkhand Chess Association (AJCA) Secretary Neeraj Kumar Mishra, an International Master said, it is a matter of pride for the chess fraternity of the state. He further added, “Souryadipta is a talented player who is expected to perform well at the World Cup. We congratulate Souryadipta, his parents, and East Singhbhum District Chess Association (ESDCA) for the feat achieved.”
Souryadipta collaborated with Radha Krishna Kamath, Dolan Champa Bose, Grandmaster Deep Sengupta, IM (Elect) Abhishek Das, Priyanka Kumari, Vatsal Singhania, Ananya Sarkar, Malvika Singh, and Vishal Sareen from Jharkhand who has presented the country in any World age group meet.

ESDCA treasurer and chief coach at Tata Chess Centre Jayant Kumar Bhuyan said that Souryadipta is a very good player who smartly makes contrivance moves across the board. He added, “He (Souryadipta) is smart and makes intelligent moves. I have seldom come across a child of Souryadipta’s talent. I have also heard similar comments from other chess mentors and senior players.”

Although Souryadipta was a student at the Tata Cradle and presently working under the supervision of Neeraj Kumar Mishra. Before two years, he started playing chess and has always shown better performance. He is studying in DBMS English School in standard V. The rising player is living with his parents Shankar and Ruam Shankar. Additionally, he is fond of playing cricket and also enthusiastic about computer hardware and software.
Notably, Souryadipta has accomplished 19th rank in the 8th National School Chess Championship organized in Raipur in 2019. Moreover, he has also represented Jharkhand in National under-12 Championship and has also conquered in-district events.