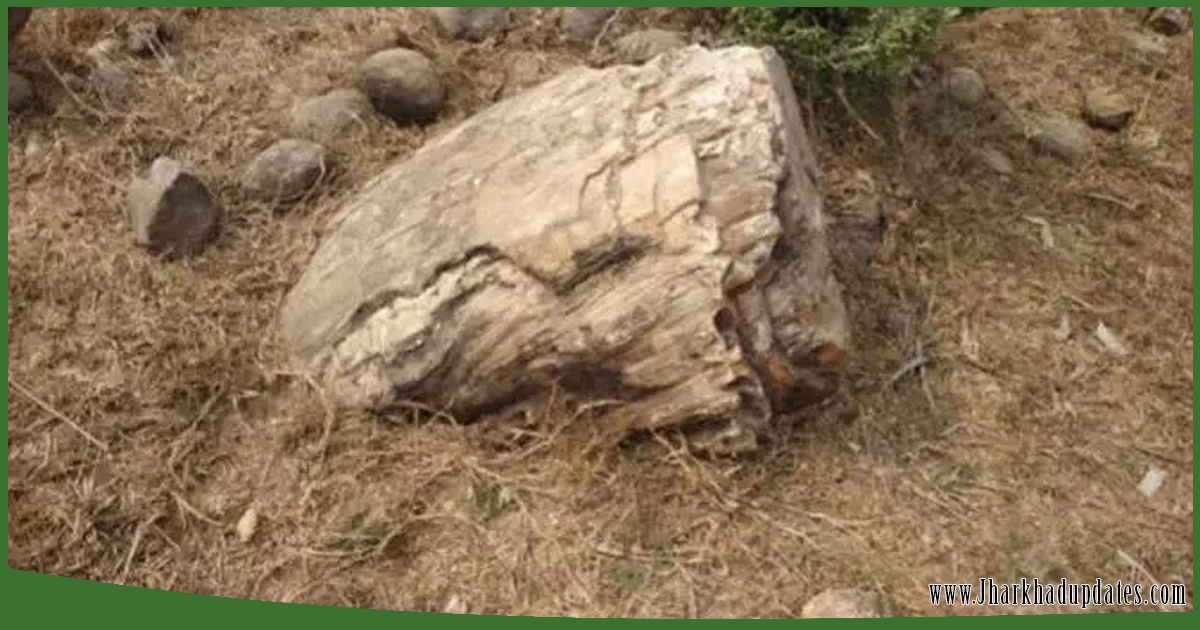 Indian scientists have started excavation and preservation of petrified wood fossils at Mandro Park in Jharkhand after 70 years in order to establish how Australia and Antarctica had split from India and non flowering plants led to the birth of flowering plants during the early Cretaceous period.

The study is being under the leadership of Birbal Sahni Institute of Paleosciences (BSIP) and Jharkhand forest officers. The area under excavation comprehends Damin-i-Koh in the Rajmahal Hills of Mandro Park and predominantly Sahibganj, Pakur, Dumka and Godda districts of Jharkhand.

Dr Vivesh Vir Kapur of BSIP said, “There are three parts to this big research. We will collect sediments from section from where we procure the fossils. The sediments are then used for determining the biostratigraphic framework which in turn helps us to determine the age of the fossil. ”

“Then we try to recover pollens, known as palynomorphs, from the rock samples and also from where wood fossils have been recovered. The process is used to separate polinoflora and microfauna, ” said second scientist Dr. Suresh Pillai.

Petrified woods are a similitude of wood where minerals supersede the structure of the organism. Between March 9 to 13, more than four dozens fresh fossils have been dug up.

Scientists said that there were a large specimens that lay buried about 1m into the ground which demand in-situ conservation and careful extraction near.

Therefore, when a prehistoric plant is found in India and Australia, it would help in understanding the split better. “The flora during the Cretaceous period was largely conifers and non flowering plants. Flora from Antarctica and Australia are similar to that from India. Research will help us narrow down the time frame when they separated from India. Right now, it is believed to have happened 140 million years ago, ” said Dr. Bandana Prasad, director of BSIP.

A senior archaeologist working on the project said, “They began to diversify during Late Cretaceous period. This rapid expansion of angiosperms corresponds to an important phase in the breakup of Gondwana and a series of major sea level fluctuations. ”

“It was the founder of our Institute, Birbal Sahni who first discovered numerous specimens of petrified wood between 1946 and 1948,” added Prasad.