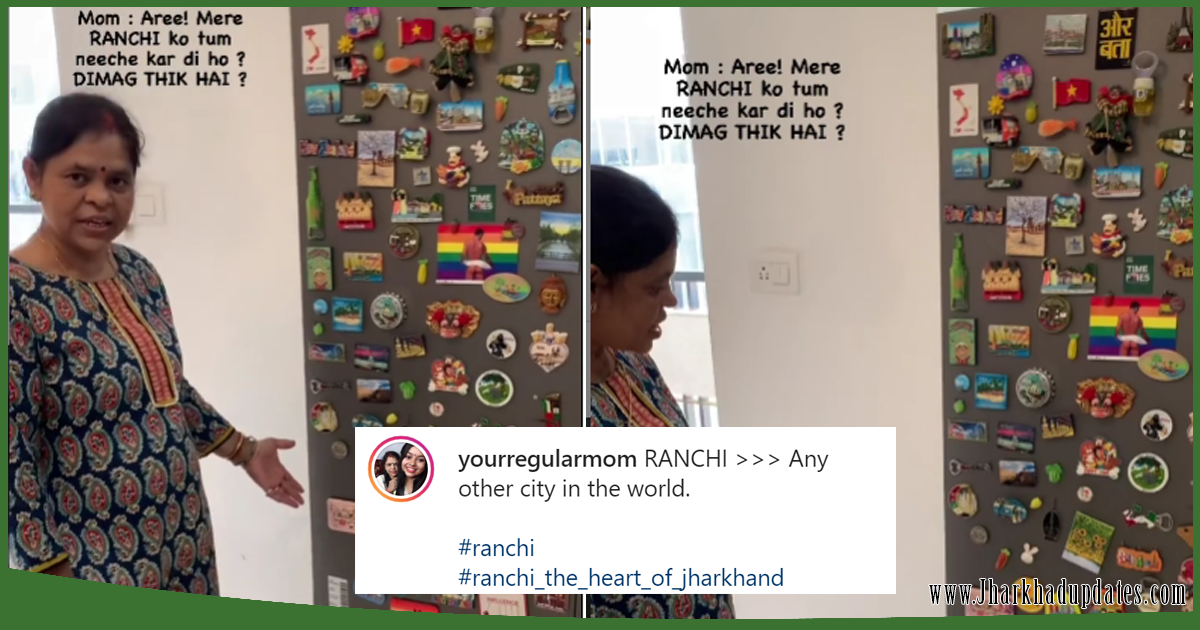 The viral mom and daughter came up with another video, where Anita Gupta, Chabi’s mom, is seen arguing with her because Chabi kept the ‘I love Ranchi’ magnetic token below the tokens of other countries. Anita is seen admonishing her daughter saying, “Why did you put my Ranchi token down in the stack? Are you out of your senses?” Chabi then explains to her that the Ranchi token is better down in the stack, while Anita denies it by saying, “NO! NO! My Ranchi will be on top. I love my Ranchi.”

She also says that Ranchi is where her heart resides so the Ranchi token should be on top rather than under any token of any foreign country, or else she would pick out all the tokens and throw them away! Such small gestures play a great role in inspiring people to love their cities.