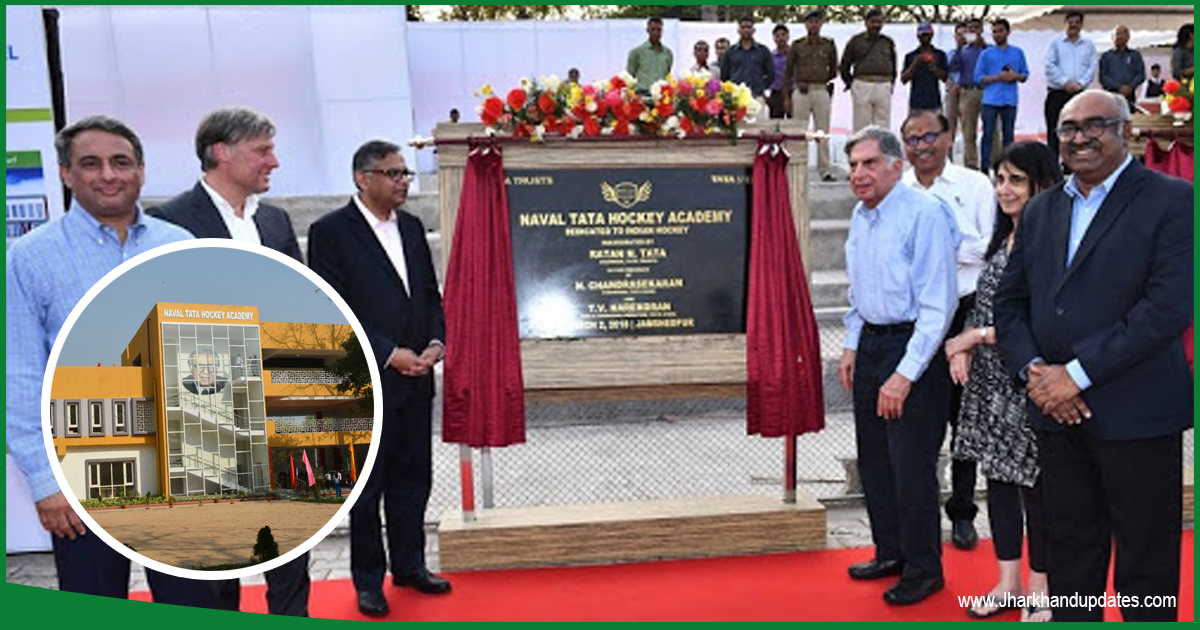 Ratan Tata, former chairperson of TATA group inaugurated the new building of Naval Tata Hockey Academy on Tuesday in Jamshedpur and as a part of the Founder’s day, also took a tour of the new facility .

The new hostel building has a capacity of 52 boys cadet, 9 rooms for coaches, gymnasium, teaching room, Hall of Fame, office, dining and kitchen, infirmary, massage room, etc. The second floor has a board with excellent views of turf and a viewing balcony of almost 20 people. First two phases of the have been completed and in the third phase, accommodation for 52 girl cadets and practice room will be added.

Naval Tata Hockey Academy (NTHA), Jamshedpur has been set up through a joint collaboration between Tata Steel, Tata Trust, and Indian Steel and Wire Products (ISWP), an auxiliary of Tata Steel with a vision to professionalize basic hockey talent in the tribal belts of Jharkhand and Odisha.

According to an official, they want to become one of the recognized center of excellence for field hockey player development in India and reinforce the standard of Indian hockey by providing world class practices and technical facilities.

The academy is being built in three phases and will be equipped to serve 104 boy and girl cadets and is spread over 10 acres and has a spectator capacity of 200 seats.