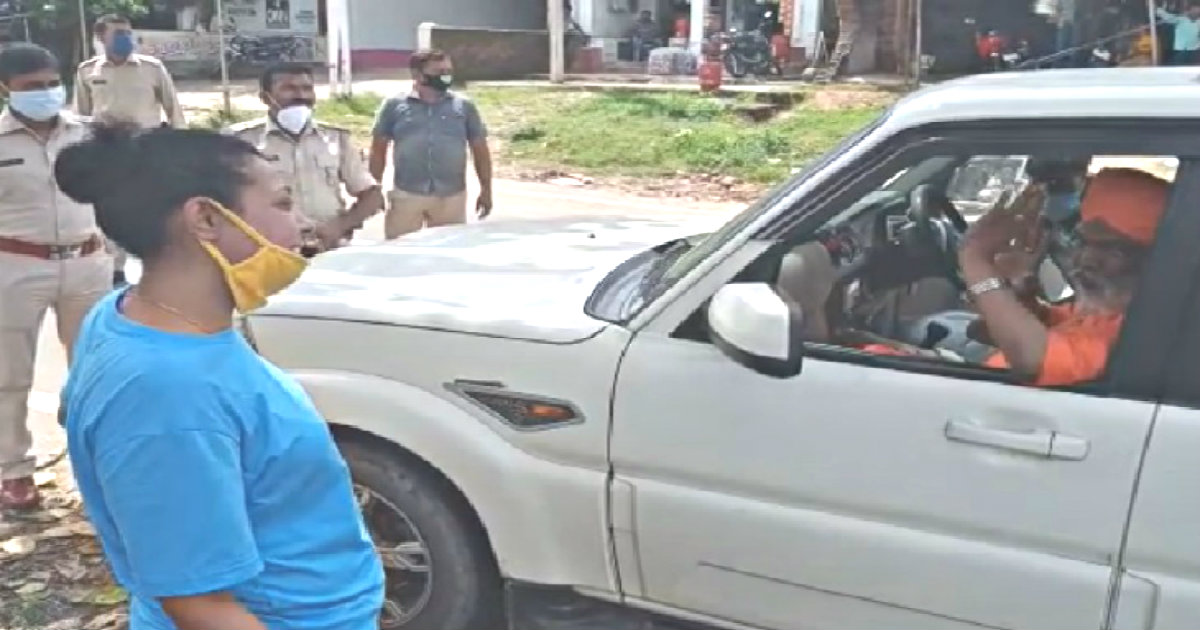 Sakshi Maharaj, BJP MP from Unnao Lok Sabha seat in Uttar Pradesh has been quarantined in Giridih. Sakshi Maharaj had reached Giridih on Friday and was returning to Dhanbad on Saturday by road after attending an event in Giridih. SDM Prerna Dixit followed Sakshi Maharaj’s convoy for some distance and spoke to Peertand police station in this regard, after which convoy of Sakshi Maharaj was stopped by putting barricades on the road. After objecting to stopping of the convoy, MP Sakshi Maharaj objected to the action taken by the Giridih administration. Phone conversations with Deputy Commissioner of Giridih were also not helpful in getting Sakshi Maharaj any concession. Subsequently, the complete convoy is quarantined at the Shanti Bhavan in Giridih, where they will have to stay for 14 days.

As per information received, after being stopped Sakshi Maharaj told the SDM that they had come by road, so did not need to stay in Quarantine. After this, SDM Prerna Dixit said that according to a directive from the state government, they have to stay in Quarantine. Jharkhand Home and Disaster Management Department had issued SOP to prevent Covid-19 infections. Under this, the person returning or coming to Jharkhand will have to provide full information about himself to the Jharkhand government. For this, they will also have to register on the website issued by the Government of Jharkhand. If a person is not able to give his information to the government before returning to Jharkhand for some reason, he will have to give this information on the day of his return to Jharkhand. Along with this, people returning from other states have to compulsorily stay in 14-day home quarantine. During this time, they will have to adhere to the guidelines issued by the Health Department. The new guidelines are effective from July 20.

The SOP issued by the department states that every person who is coming or returning to Jharkhand by air, rail route or road should stay in the 14-day home quarantine and follow the guidelines. The district administration will have to take all necessary actions to ensure this. At the same time, the district administration has the right to decide on exemptions in the case of quarantine of people coming from outside in different cases. People who can be exempted from the 14-day quarantine could be those who are not residents of Jharkhand and are completely healthy. If such people have come to Jharkhand for a certain time for business or office work, then they will have to apply to the district administration. Based on this, they can be exempted from quarantine by the Deputy Commissioner.