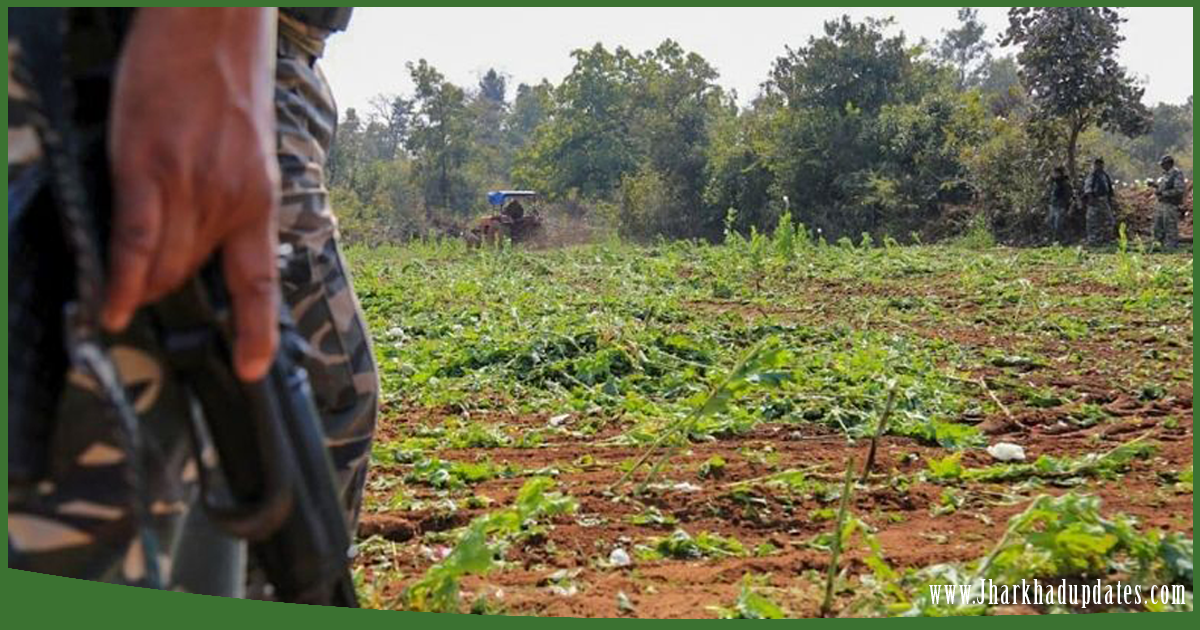 In order to stop the smuggling of opium, Jharkhand police destroyed over 1000 acres of poppy plantation in Ranchi, Khunti, and Chatra. Opium is a banned narcotic that is harvested in the month of March.

According to Khunti Police Superintendent Ashutosh Shekhar, eight opium smugglers have been arrested and 600 acres of poppy plantation have been destroyed this year. He also said that the police team in the district is focusing on spreading awareness about the adverse effect of poppy plantation and consumption by distributing pamphlets.

“We have been running regular campaigns to destroy illegal poppy cultivation, but we also realize that it is equally important to ensure that villagers know about the consequences of poppy cultivation and do not support the cultivators and smugglers,” said Shekhar.

As per the police sources, opium is cultivated in the distant fields of Khunti, Ranchi, and Chatra in order to keep the fields away from the sight of law administration agencies. Also, the opium cultivated in Jharkhand is smuggled to other states and is hardly consumed on a local level.

According to a DSP rank officer who has been a part of a police campaign against opium cultivation and trade said that villagers are tempted to cultivate opium as it has a high monetary return. Normally one kilogram of opium can cost up to 50,000 to 60,000 and no other crop gives such high returns to farmers. He also said that opium produced here is smuggled to Uttar Pradesh, Haryana, and Punjab and they are working on cracking the interstate racket involved in opium smuggling.