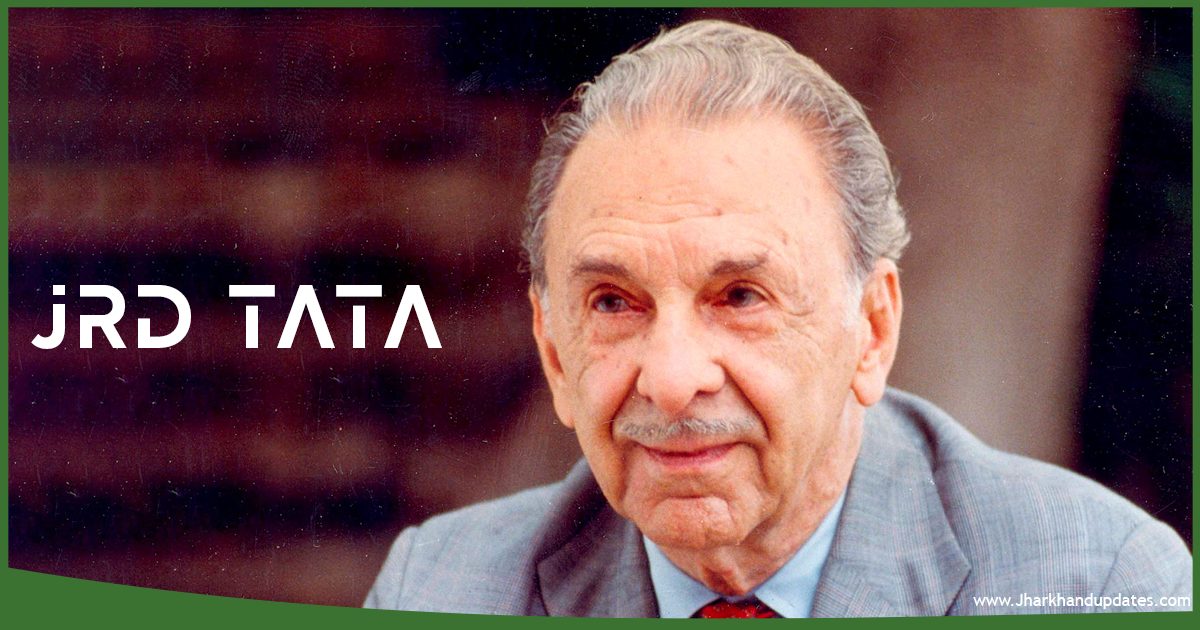 The world is gripped with Olympic fever. World records are being broken, new records being set. Every country is rallying behind their players, cheering them up and the sportspersons giving their best to come out as winners, making their countries proud. But not just winning is all that matters, it is also the manner of win as well as taking loss that is equally, if not more important. Sportsmanship is not merely a word but a gesture that has potential to win over hearts and heal the world with love. We bring to you on the 117th birth anniversary of JRD Tata, the longest serving Chairman of the Tata Group, a story of sportsmanship, friendship and empathy.

It was the year 1930 when the Aga Khan announced a competition where the first Indian to fly solo from India to England or vice versa would be the winner. The journey was to be completed within six weeks of its start and the competition was open for a period of an year. Little had JRD Tata known that destiny will work its magic and in defeat he would find a new friend in a distant land as far as Egypt.

Out of three people who undertook the challenge, JRD Tata was one of the competitors who also held a unique distinction of holding India’s first flying licence numbered ‘1’. At 26 years of age then, he started his journey from Karachi to London in a Gipsy Moth plane. The other competitor, Aspy Engineer, a young Parsi from a relatively poor family in Karachi, who was only 19 years of age at the time, also started his journey but in the reverse direction from London. The further account of the events that unfolded was told by JRD himself in an interview with the All India Radio, which was recently released from their Archives.

“I first went to Cairo, because (of) my compass — I flew all the way … to Cairo with a compass that was 45 degrees out. So, all the way, towards the way to the Mediterranean from here, I used to drift to the right endlessly. So, it was, unfortunately, a Sunday, and I flew to Cairo and the British Airforce was closed down. And they said to go to Alexandria. And there it happened that at Alexandria, I found another little Moth, and I thought, what’s it doing here? And it was Aspy Engineer.”

“And so, I asked him, what are you doing here. He said I am waiting for plugs.” Aspy’s plane’s spark-plug was not working, which effectively meant that he was stranded and would remain held back in the race until he got a replacement. “I said my dear fellow, don’t tell me you left England without spare plugs. He said, ‘yes, I did. But I have ordered them’. So, I wasn’t going to let him wait, and (not) to win therefore as he was (the) most advanced of those who had come in. So, I gave him my plugs. I had spare plugs. And I gave him the plugs. He in return gave me his Mae West (life jacket). And he arrived at Karachi when I arrived in Paris.”

Aspy, with his repaired plane, reached Karachi two-and-half hours before JRD reached London and therefore won the race.When asked whether he regretted missing the prize by just a few hours after helping Aspy, JRD said, “This is something that I think anybody would have done. That’s what sport is for. If you don’t have sportsmanship, what is the point?” An equally gracious Aspy reciprocated JRD’s kind help by welcoming him at Karachi airport when he returned with a platoon of scouts and presented him with a medal as a gesture of gratitude for helping him win the race!

On account of this win Aspy Engineer got admitted to the fledging Indian Air Force. Aspy went on to become independent India’s second Chief of Air Staff while JRD Tata would go on to pioneer India’s civil aviation industry in 1932, with Tata Airlines, and later become the Chairman of Air India. Reminiscing this happy encounter, in a letter to Aspy he observed, “Our friendship ever since has been much more worthwhile than winning the competition would have been.”

And in this way, a true display of sportsmanship and luck, tied together in a bond of strong friendship the India’s military aviation and civil aviation leaders.